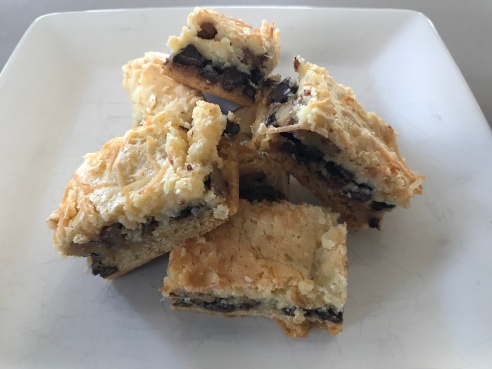 So there’s a story going around about these bars.   Apparently, Neiman Marcus department store (remember when everyone went to department stores??) used to also have a lunch counter, and one of the things they served were these bar desserts and apparently they were very popular.   For good reason, but hopefully you’ll find that out yourself when you make them.

Anyway, one day a patron asked for the recipe so she could make them at home and the restaurant said that they couldn’t give it to her, but they would happily sell it to her.   She asked how much and they said “five”.   She said fine, gave the waiter or waitress her credit card, signed the slip and went on her way.   It was only when she got home that she realized that the “five” was not five dollars, but five hundred dollars.

She was so pissed that she immediately made copies and distributed them to everyone she knew.   Then someone invented the internet for her so she could share the recipe with the masses.   There are actually dozens of variations on the theme now – I haven’t tried all of them but of the ones I have tried this is my favorite.

Now, if you look at that story there are soooo many ways when this apparently hapless woman could have avoided this.   Not the least of which is…LOOK AT WHAT YOU SIGN BEFORE YOU SIGN IT.   Words to live by.   So, I’m dubious about whether it’s actually true or not but who cares – it makes for a good story.

And more than a good story, it makes for an even better dessert.   You just better be prepared to like really sweet desserts, because this is really sweet.    I highly recommend cutting it into very small squares!

Mix the cake mix, egg and butter (the crust ingredients) really well.   Then, press them into the bottom of a 9”x13” pan.   Remember, if you don’t have that size go for the closest you have and adjust your cooking time accordingly.   If it’s smaller, it’ll take longer to cook because it’s thicker, and if it’s larger it’ll cook faster.

Next press the chocolate chips and nuts into the crust.   Literally, just pour them evenly in and push them so that most are kind of embedded into the crust. 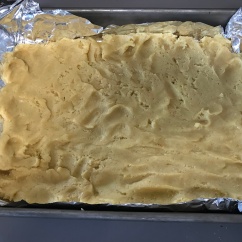 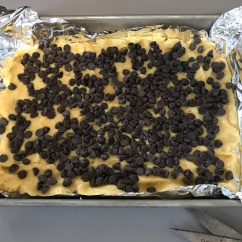 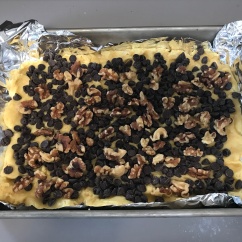 Mix the cream cheese, powdered sugar, eggs and vanilla until they’re well mixed (it’s probably easiest to use a hand mixer rather than a wooden spoon) and pour it over the chips and nuts.   If you want to use the coconut, sprinkle that on top after you pour the cream cheese mix.   I put on just a very little – it adds some texture but the coconut doesn’t take over. 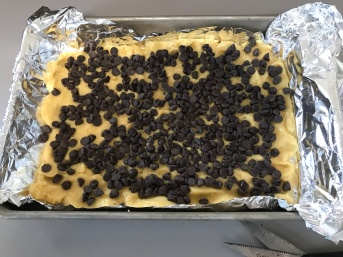 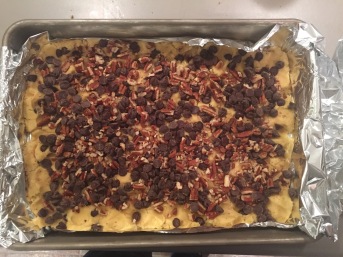 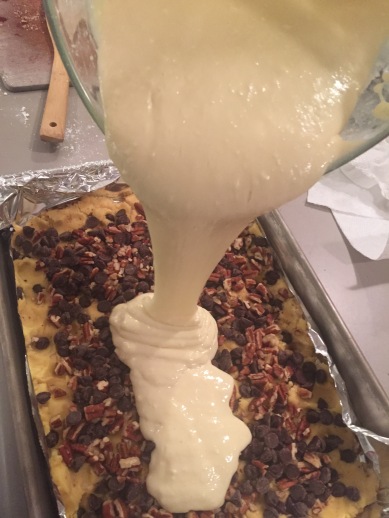 Bake at 300° for about an hour and 10 minutes.   Don’t cut them right away – cool them to a wire rack for at least ten minutes to let the cream cheese topping harden.   These are pretty messy but they’re worth it. 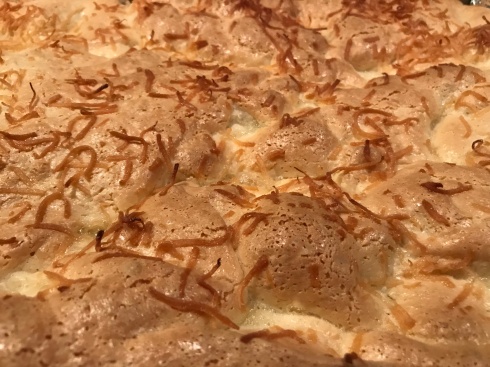 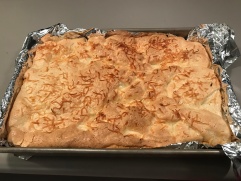 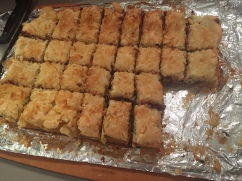 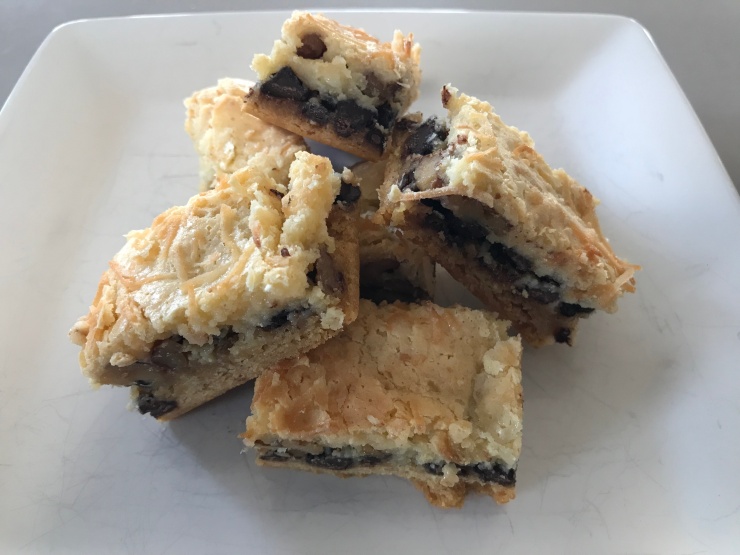