Skip to content
I think most of us grew up on Hostess cupcakes, right?  I remembered them being amazing but I bought a pack at a 7-Eleven about a week ago and they were…less than amazing.   Just really sweet and sugary, without and real distinct flavors, you know what I mean?  Well, that’s just not right.  So here’s my version of them, where there are real, honest-to-goodness flavors going on here!

But…I didn’t do that squiggly curly thing along the top.  I definitely ain’t got time for that…  Tho I did have extra filling left over so I did my best at some kind of decoration.

Ok, cupcakes first.  Whisk together the dry ingredients – flour, baking soda, baking powder and salt until they’re well blended and set that aside.

In a small bowl, mix the boiling water and the cocoa until the cocoa is dissolved and set that aside as well.

In a large bowl, beat the butter with your hand mixer until it’s nice and fluffy.  Add in the sugar, vanilla and egg and beat until it’s well blended.

Add in half the flour mixture then beat until blended, half the cocoa mixture and beat that until it’s well blended, then repeat with the other halves until you’ve got your batter.  Pour the batter into a muffin tin lined with cups.

Bake at 350 for about 20-25 minutes – until you can insert a toothpick and it comes out clean.

Remove from the oven and put the pan on a wire rack.  As soon as it’s cool enough to handle (likely just a few minutes), take the cupcakes out of the pan and let them cool on the rack themselves.

Making the filling is pretty simple.  Put all the ingredients into a bowl and mix until well blended. 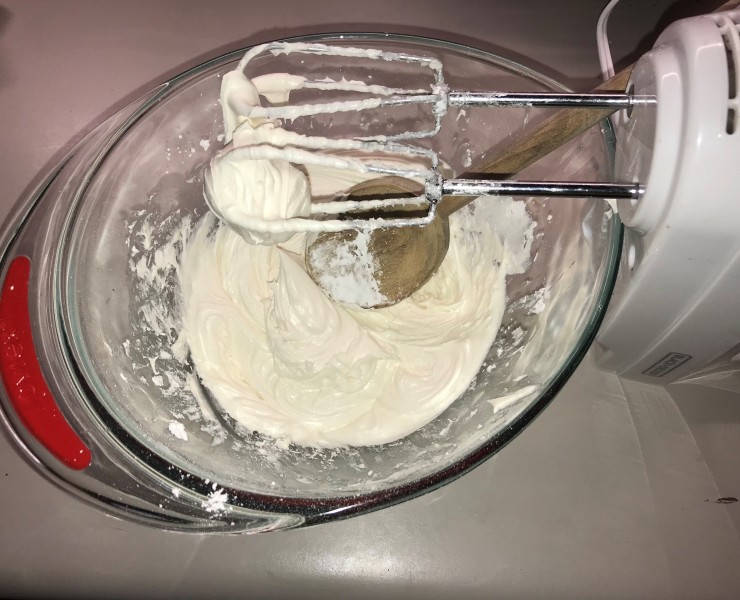 Once your cupcakes are cool, pour the filling into a pastry bag equipped with a decorating tip.  We’re not “decorating” per se, just using the tip to pierce the cupcake.  Insert the tip into the cupcake about a third of the way down and squeeze filling into the cake.  You’ll see the cupcake start bulging on the sides and that’s when you know you’re done. 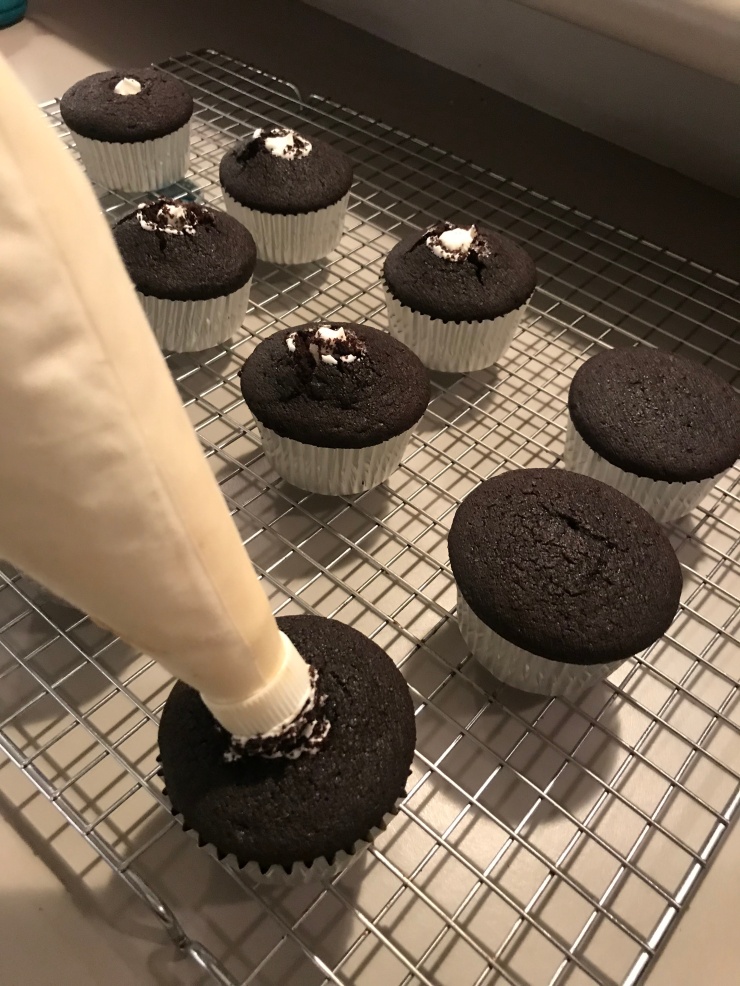 Finally, for the icing – heat the cream in your smallest saucepan until it just starts to boil a little and bubbles start appearing on the edges.  Remove it from the heat.  Add in the chocolate and the butter and stir until everything is well blended.

Take your cupcakes and dip them into the icing.  Put the cupcakes on wax paper and let the frosting set – it should take about 15-20 minutes. 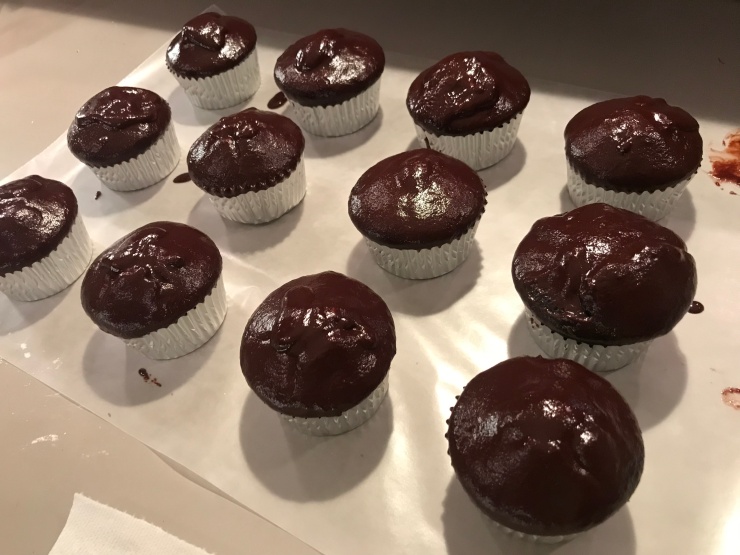