Skip to content
So, I have a can of pumpkin left over from the fall, and a little time on my hands.  So, let’s do something with it!

I’ve been on a big chocolate kick lately, so I wanted to try something different.  This is really nice as part of breakfast, or for dessert.  Because, choices.

And by the way – this may be the moistest and most delicious pumpkin loaf (pumpkin bread…whatever you want to call it) that you’ve ever tasted!!

In a water glass, pour the milk and cream of tartar and stir until well mixed and set this aside.

Butter and flour a 9”x 5” loaf pan and set that aside as well. 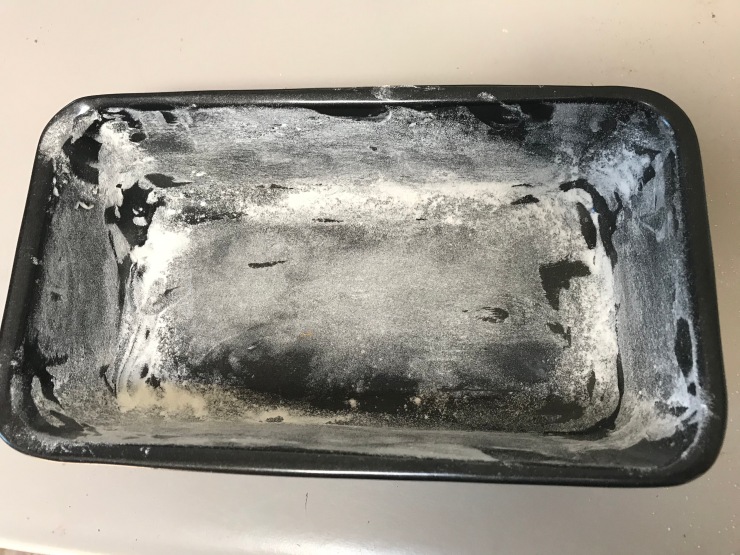 Do these two things in this order because you want the milk and tartar to mingle together for a while (at least 10 minutes, so if you get to the point where you’re ready to use the tartar combo and it hasn’t been 10 minutes, go chill and check your Instagram or something for a bit until it’s time.  Or better yet, follow mine @ugly_desserts).

Place the flour, baking soda, 3 t of the cinnamon, the salt, nutmeg, ground cloves, ground ginger into a bowl and whisk together. 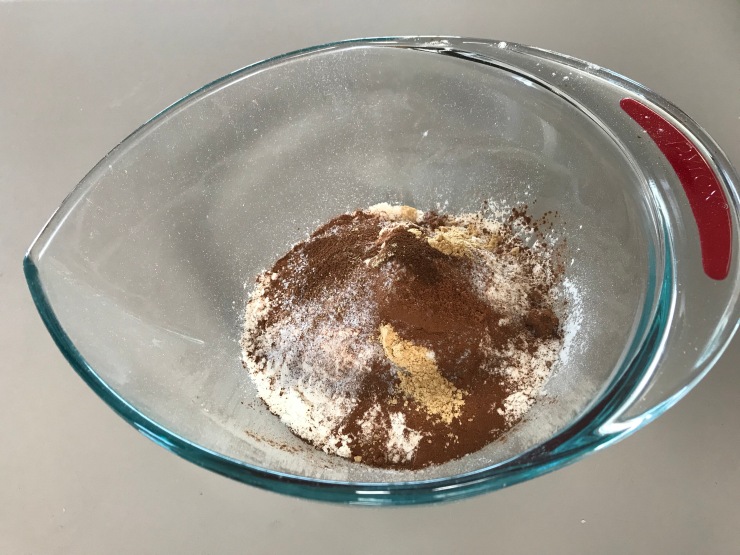 In a second bowl, add 1 cup of the sugar along with the brown sugar, vegetable oil, eggs, vanilla and the milk and tartar combo you made earlier.  Mix with a hand mixer until well blended, then add in the pumpkin and mix that until it’s smooth. 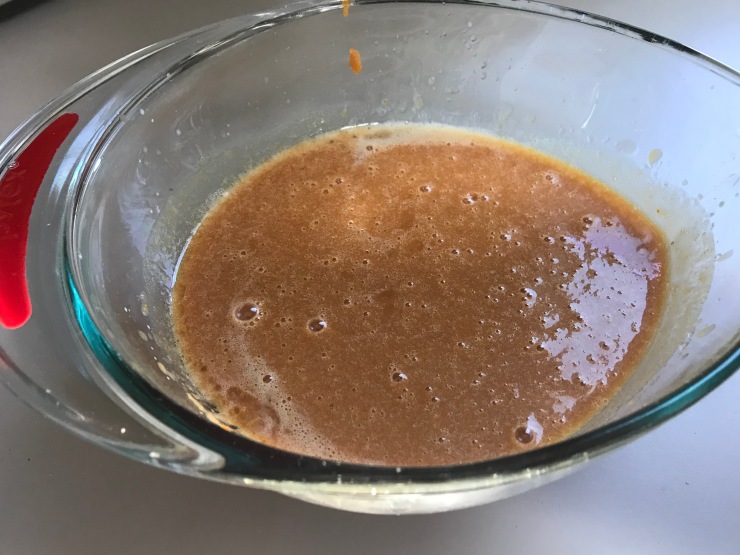 Get your flour mixture and add that to this bowl, and mix again until everything is combined.  Don’t overmix here – just do it enough so that it’s all together and then stop. 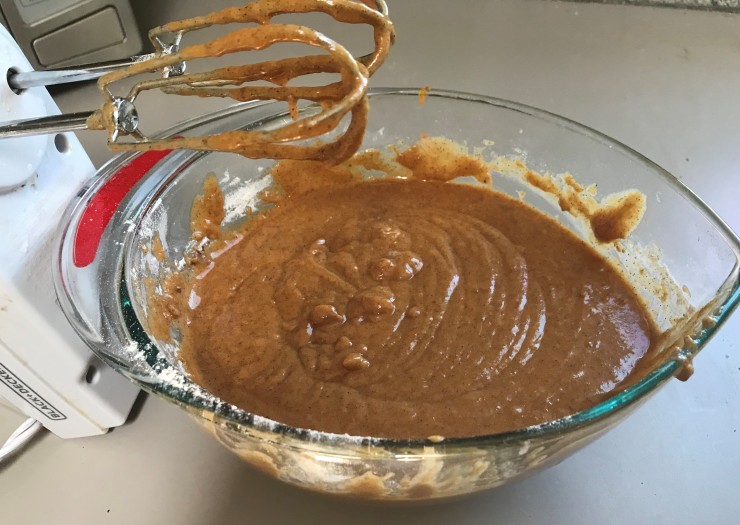 Get out a small bowl and put the remaining ½ cup sugar and the remaining 3 t of cinnamon and mix together – we’re just making a little cinnamon sugar here.

Take your prepared loaf pan and pour half the batter into it. 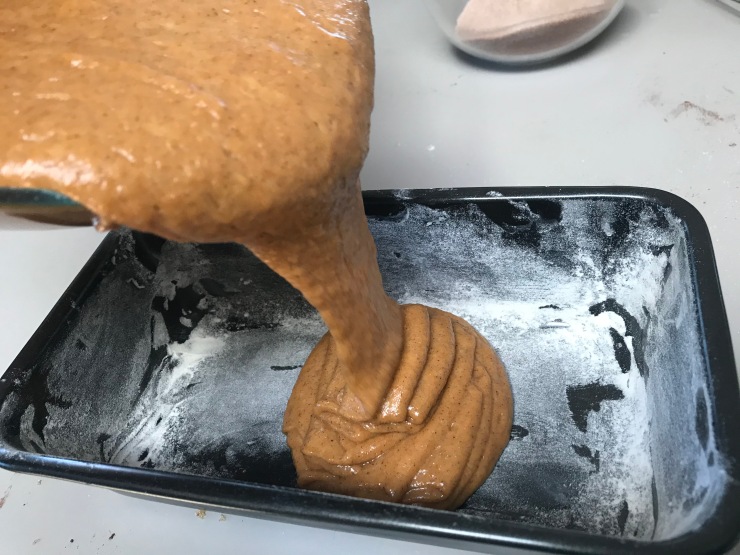 Sprinkle the cinnamon sugar over the top of it, using all but about 3 tablespoons full – set that little bit aside. 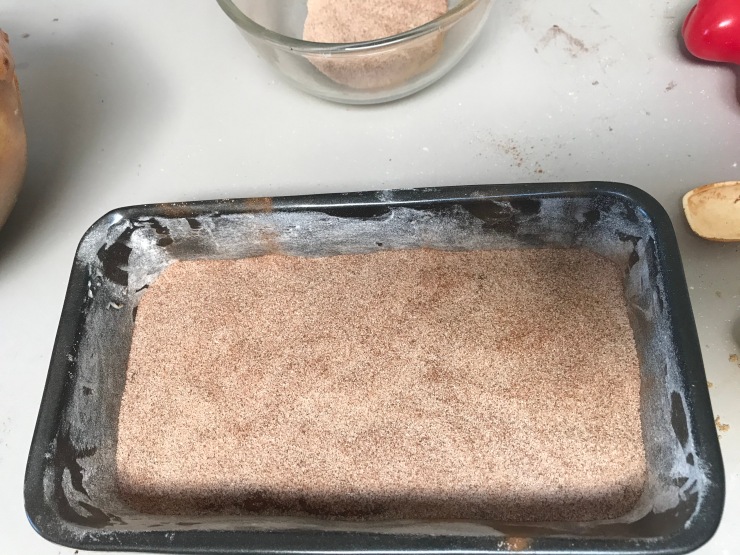 Pour the other half of the batter on top and drop the loaf pan on the counter a couple times to level everything out.  Sprinkle the remaining cinnamon sugar on top of the loaf. 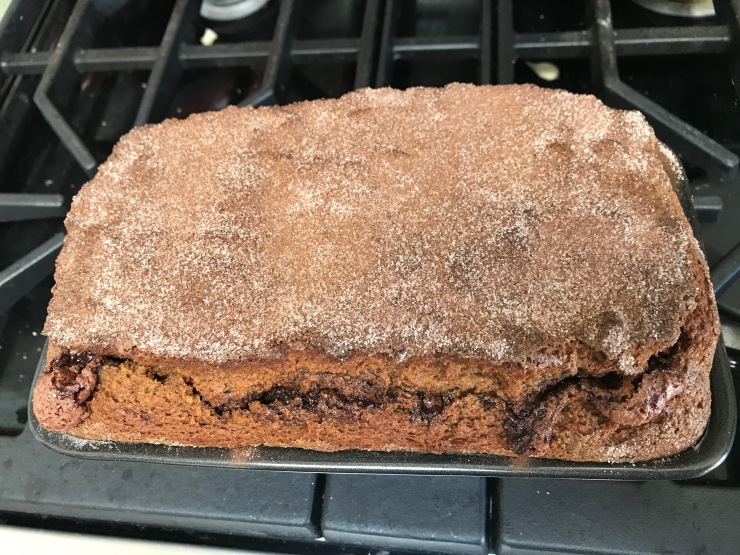 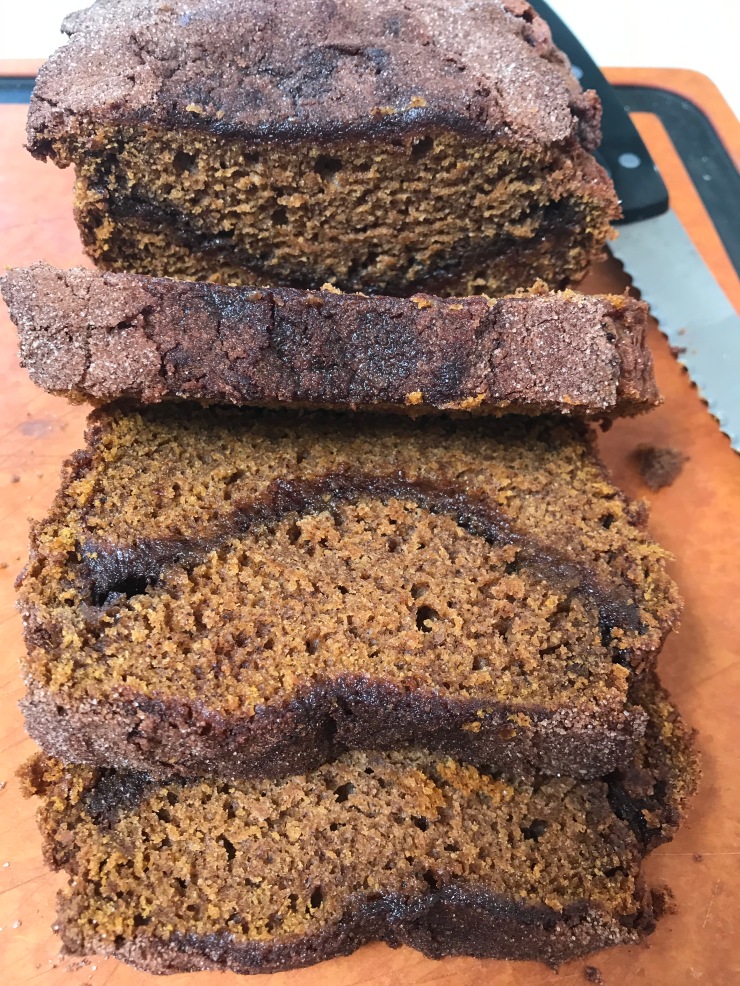