Skip to content
I had a bad experience with German Chocolate cake a while back.  I’d gotten a to go slice from a local dessert place and brought it home for dessert that night.  When I started to eat it (and I was really looking forward to it), the icing had turned – I don’t know what happened but it was spoiled and I had to throw the whole thing out.  After that, I didn’t have German Chocolate cake for a couple years.

But then I though, if I made the dessert, I’d be sure to know that it was fresh!

·        ½ t Alaskan Vanilla-Infused Sea Salt, separated (You can certainly use regular salt, but if you can get your hands on this, absolutely give it a try – it’s fun and adds a nice kick of flavor)

Starting with the brownie portion, butter and flour an 8” or 9” pan and set it aside.

Put the butter in a microwave-safe bowl and nuke it until it’s melted (but not boiling).  Take the bowl out of the microwave and add in the sugar, eggs and vanilla and whisk together.  Next, add in the dry ingredients – cocoa powder, flour, salt, baking powder and baking soda and mix with your hand mixer until everything is well combined.  Finally, stir in the chocolate chips (FYI, I used semi-sweet).

Pour the batter into the prepared pan and bake at 350 for about 25 minutes, or until a toothpick inserted in the center comes out clean. 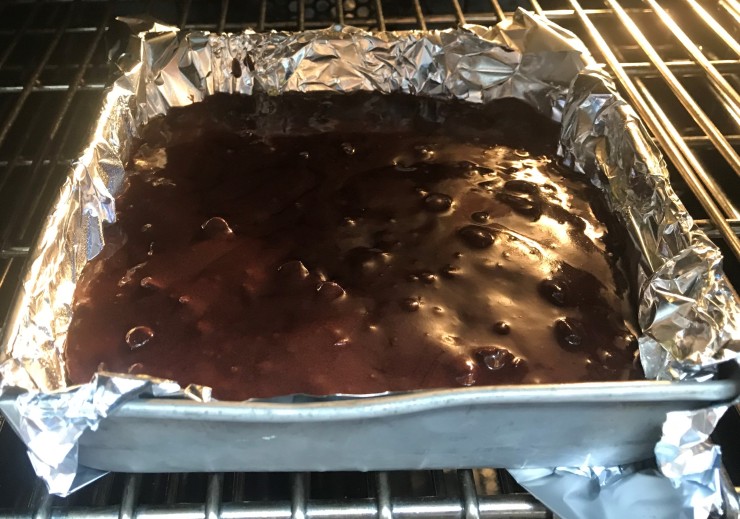 Move the baking pan to a wire rack to cool completely.

To make the icing, get out a medium saucepan.  Add to it the evaporated milk, butter, egg yolks, brown sugar, salt and vanilla.  Cook on medium low, whisking consistently, for about 7 minutes or until the mixture is nice and thick.

Take the icing off the heat and stir in the coconut and pecans.  Let the icing sit and cool for a couple minutes, then pour it over the brownies and spread it evenly with a spatula. 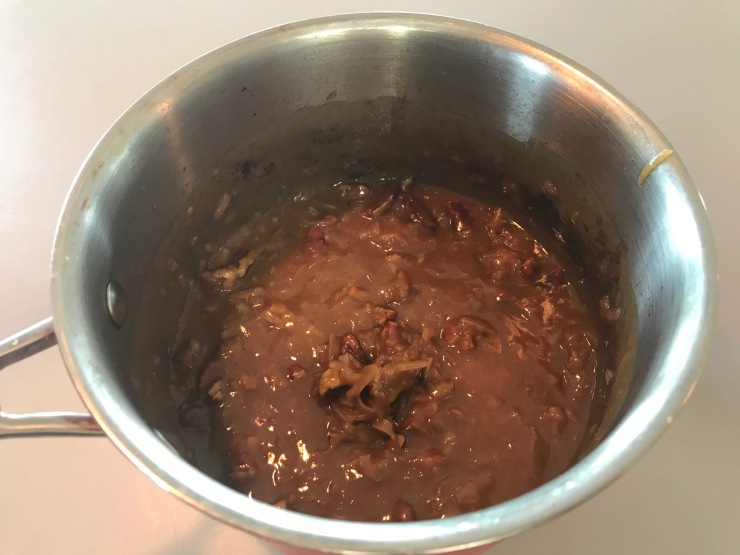 Let the icing cool and you’re ready to go!  If you’re like me and you prefer your brownies cold, cover the whole baking pan with tin foil after they’ve cooled on the rack and put them in the fridge.