Skip to content
My love of S’mores is second to no one’s.  Honestly, they’re super simple but possibly one of the best flavor combinations ever.  I will fight you on this if you dare disagree.

I’ve made S’mores brownies before, but I wanted to try and see how they’d be without the graham cracker base.  The recipe for these is a little different than those (it’s not just the same thing, but without the crust…you can probably figure that one out without my help).  This is just another way to make them.

And if you want to add a graham cracker (or, hey – crushed Oreo?!?) crust, I respect that and I want you to send me some!

·        1 t Alaskan Vanilla-Infused Sea Salt, separated (You can certainly use regular salt, but if you can get your hands on this, absolutely give it a try – it’s fun and adds a nice kick of flavor)

This is a three-layer job.  Ok, one layer is just throwing in the mini marshmallows, but that still counts.

First off, butter and flour or  line an 8” or 8” square pan with aluminum foil and set that aside.

Add 1 cup of the butter, along with the sugar, ½ cup cocoa powder, vanilla, eggs, flour, baking powder, baking soda and ½ teaspoon of the salt into a bowl.  Mix until well combined

If you decide to add the chips, throw them in now and stir with a wooden spoon until they’re evenly distributed.

Pour the batter into your prepared pan.  Smooth it out as much as you can (but don’t worry about it being flat or anything, just do what you can) and then sprinkle the remaining ½ teaspoon of the salt on top.

Bake the brownies at 350 for about 30-35 minutes (the actual time will depend on your oven and on what size pan you have), until a toothpick stuck in the center comes out almost dry.  Basically, you’re cooking them until they’re not quite but almost done.

Take the pan out of the oven and spread the marshmallows evenly over the brownie and put it back in the oven for another three minutes or until they’ve kind of puffed up and browned a little.

Move the whole tray to a wire rack to cool.

That’s two layers down, one to go.  You should make the final layer after the brownies have cooled completely, and it’s totally easy.

Put the remaining ¼ cup butter along with the powdered sugar, 2 T cocoa powder, milk and remaining ½ t vanilla into a bowl and whip until creamy and smooth. 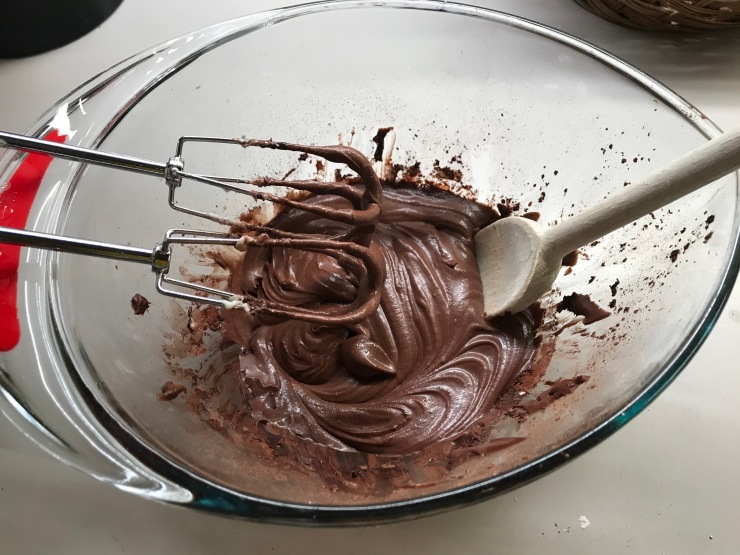 Spread the frosting evenly over the marshmallows.  Depending on how big you like your brownies, this will make something like 9 to 16 brownies, depending on whether you cut the pan into three rows or four.  Either way, you probably won’t eat just one. 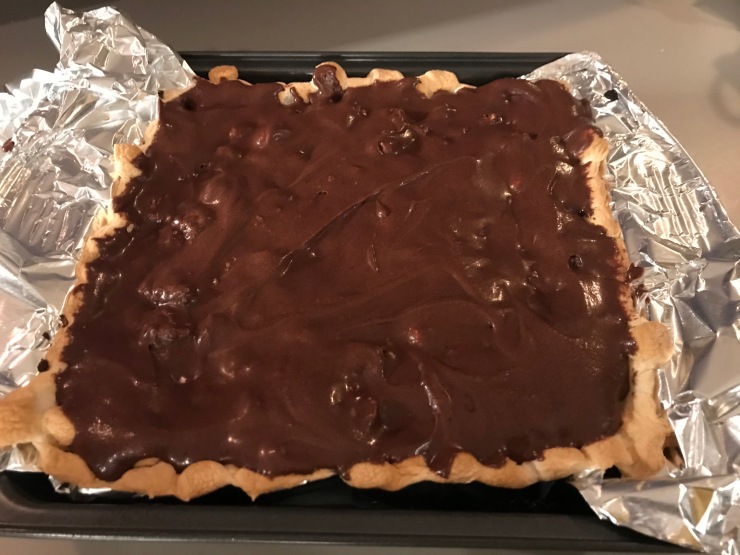 You probably want to refrigerate these to keep them fresh (and of course cover them), but take them out before you eat them and let them get to room temperature or close to it. 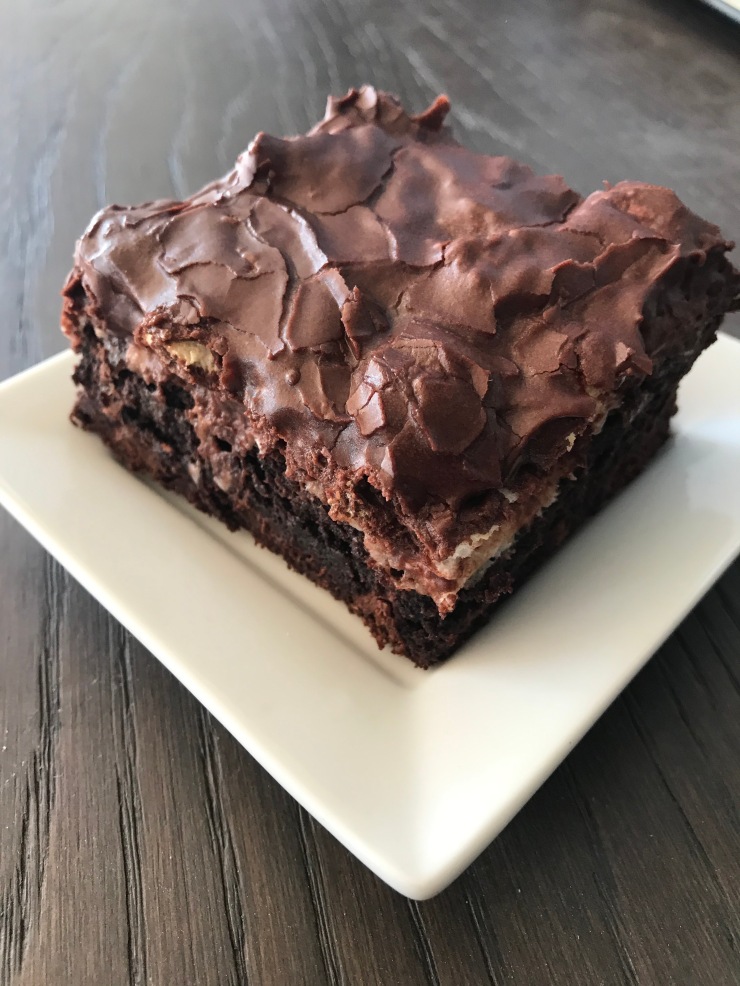