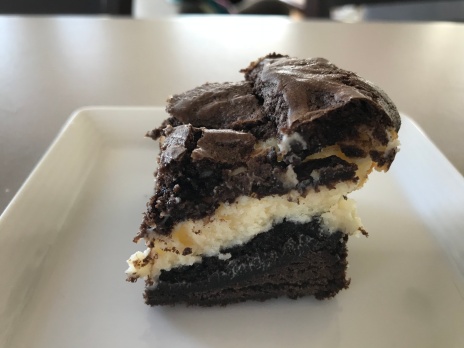 Ok, if you’re one of those people who aren’t a huge fan of cheesecake, I get it. If you’re someone who doesn’t like brownies, though, you’re a monster and I don’t know you. But…you’re probably not reading this anyway.

But you’re still a monster.

These are super easy, but you’ll make a little bit of a mess because you’ll end up having to use a lot of bowls. No big deal, just sayin’ upfront.

Take an 8”x8” pan and line it with aluminum foil. (Remember, if you don’t have an 8”x8” pan, that’s fine – use whatever you have that’s closest. However, if it’s larger then the batter will cook faster and you should adjust your cooking times accordingly.) Pour half of the brownie batter into the pan and set the rest aside. NOTE: don’t put too much in there – you need enough left over to fully cover the cheesecake layer. 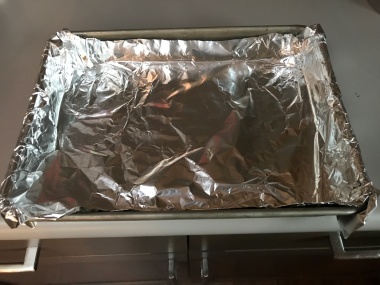 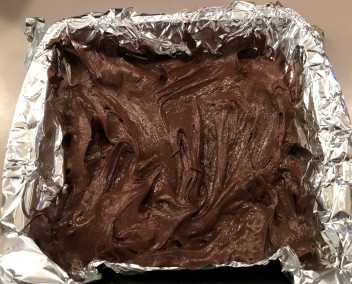 Now on to the cheesecake batter. In another bowl (this is what I meant when I said you’ll use a lot of bowls…) mix the cream cheese, sugar and egg until well blended. Set aside.

Nuke the white chocolate chips in a microwave for 20 second increments. After each nuke, take the bowl out and stir the chips. To make these brownies it took me four rounds for the chips to fully melt, but by doing it this way the chips won’t seize. As with before, stop heating when the ships are almost but not fully melted. When they’re close just take it our of the microwave and keep mixing until everything is melted.

Pour the melted chips into the cream cheese mixture and stir that until it’s well combined. This is your cheesecake batter! Pour it over the first layer of brownie batter. It’s slightly thick so you’ll probably need to spread it around a little with a knife or spatula. 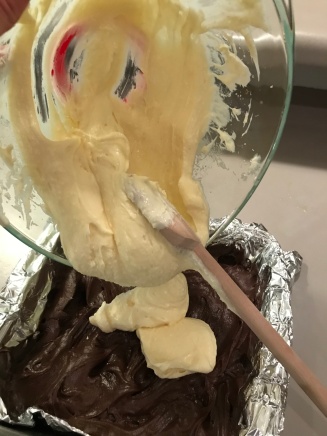 Finally, pour the remaining brownie batter on top of the cheesecake batter. Be careful here, it’s better if the layers stay separate, so pour it in gently and again spread it around a little with a knife or spatula if you need to do that to get full coverage. 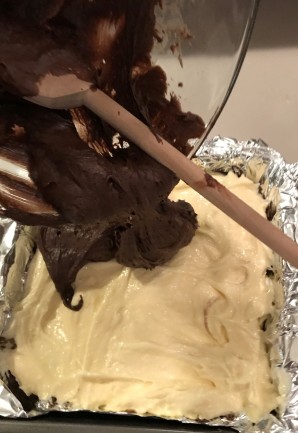 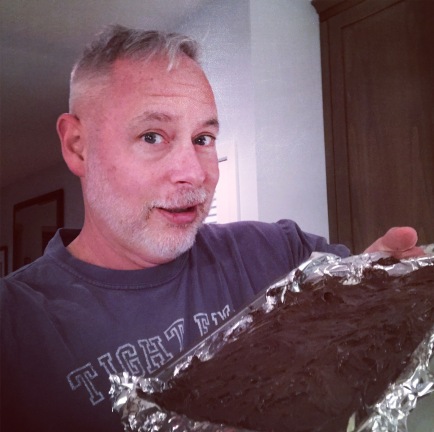 Bake in a 350 oven for about 30-35 minutes, or until a toothpick inserted in the center comes out with dry, with just a few crumbs on it. I think for the one I just made I undercooked it slightly, but it still turned out amazing. 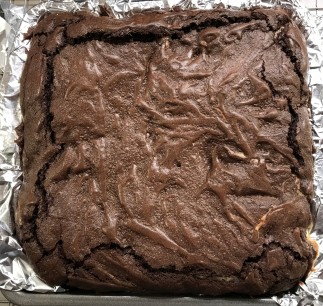 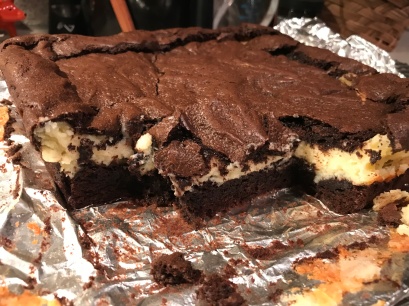 Cool on a wire rack, and cut it into squares when it’s cool. 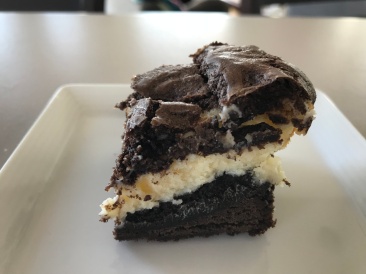 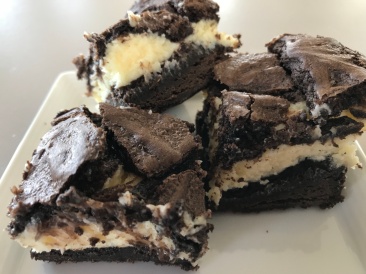