Skip to content
It’s that time of year!  I live in California now, but when I lived back in New Jersey, apple picking was a regular fall activity.  It was a lot of fun, even though when you think about it the orchards were just making us do their work for them.

My apple picking this year was done at my local grocery store, which is absolutely not the same and not nearly as much fun.  BUT…apples make GREAT desserts, so I’ll call it a win.

Butter and flour a 12-count muffin tin (or 2 6-counts) and set aside.  Or, if you prefer, just line each cup with a liner which is what I did because #easier.

Now, the first thing we’re going to do is to reduce the cider.  The deal is, we really only need a half cup of cider, but by taking 2 cups of cider and “reducing” it, it intensifies the apple flavor.

Pour your two cups of cider into a small saucepan and boil for about a half hour, until about a quarter of the cider is left.  It’s ok if you stop a little sooner, just to make sure you don’t boil off too much (and if you do, just top your measuring cup off with some of the remaining regular cider – you’ll still get that more intense flavor you’re looking for).  Set this aside. 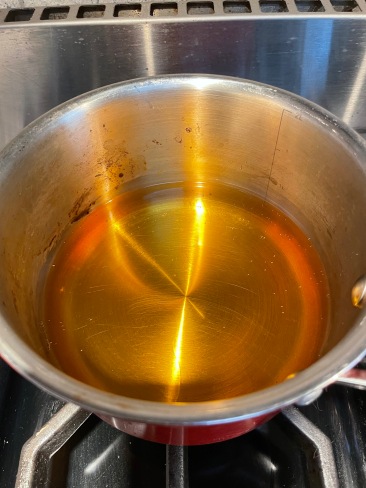 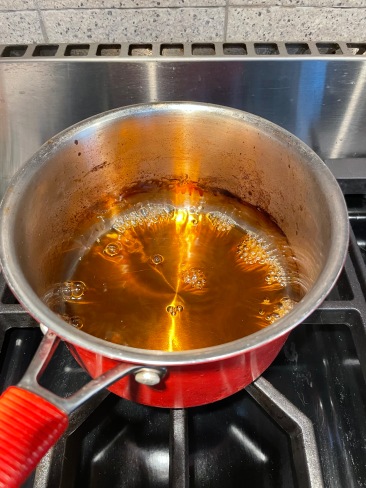 While the cider is boiling you can also prep the apples.

Dice them into small pieces and put them in another small (separate) saucepan along with the 1 t of the cinnamon, the 2 T sugar and the 2 T brown sugar.  Cook over low/medium heat, stirring regularly, until the sugars are dissolved and the apples are soft.  Set this aside. 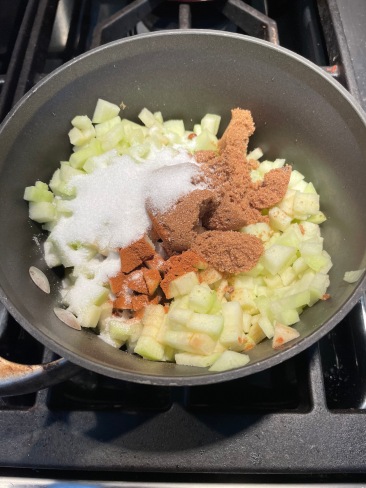 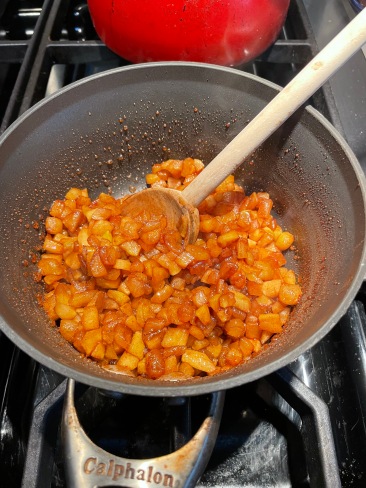 Pour the flour, baking soda, salt, nutmeg and 1 t of the cinnamon into a bowl and whisk together until well combined and set this aside as well.

In a larger bowl add the 10 T butter, 1/4 cup sugar (you’ll use the rest later), the remaining ¾ cup brown sugar, vanilla and eggs and mix together until well combined.  Then add the flour mixture to this bowl and mix again, until it’s smooth and combined.  Finally, add in your ½ cup of reduced cider and mix until it’s fully incorporated. 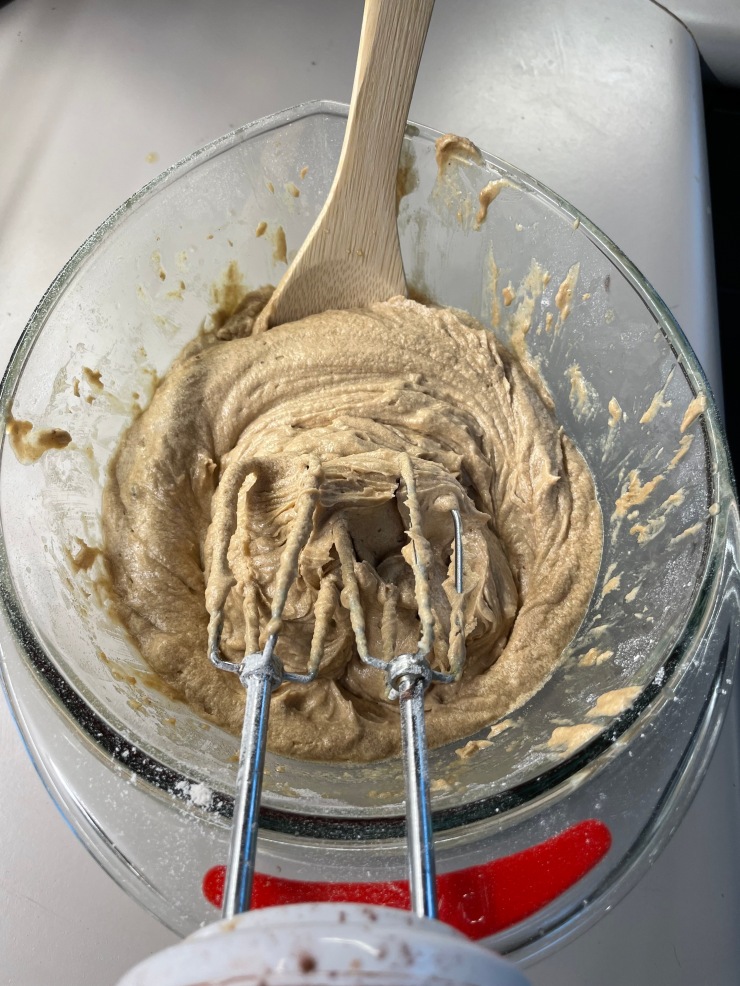 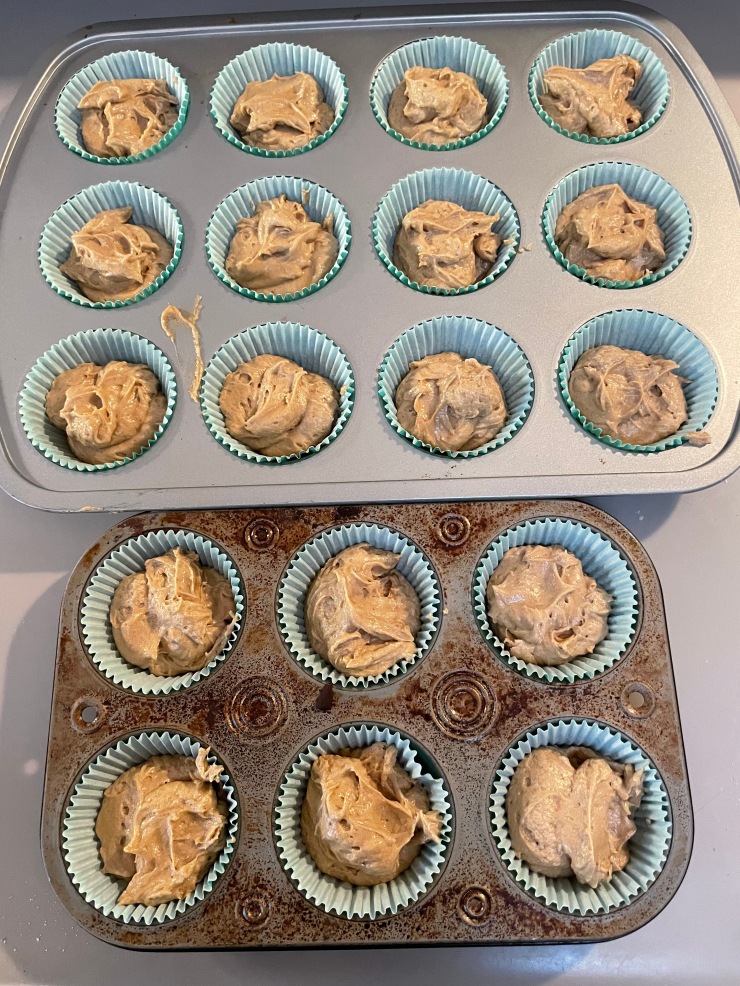 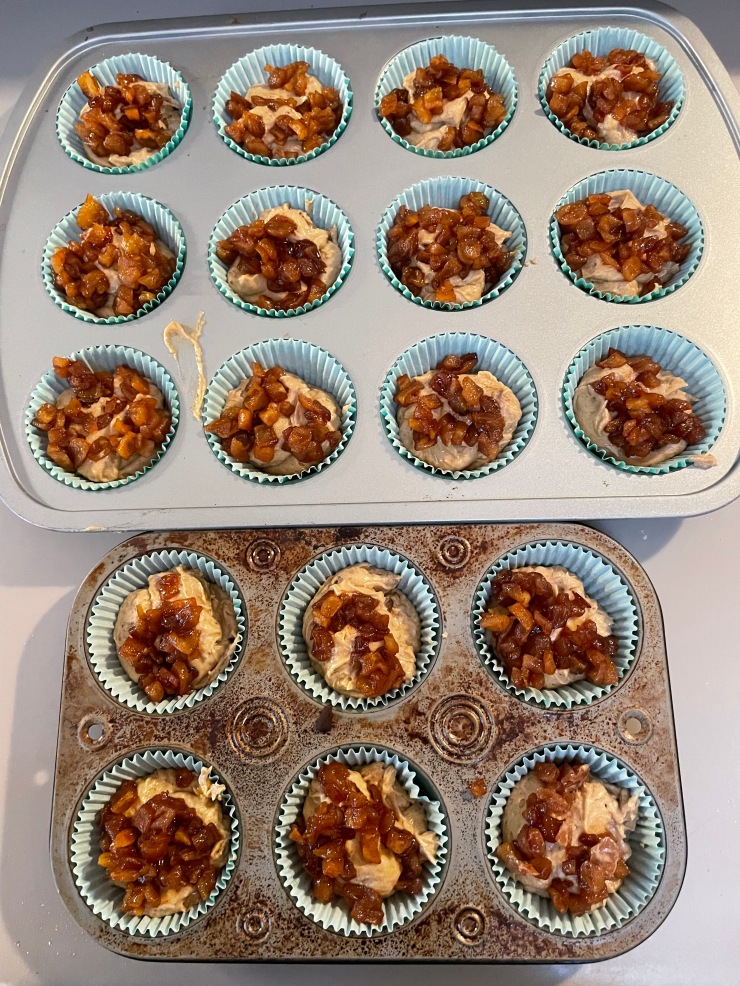 Bake at 350 for about 20 minutes, or until the muffins have risen and turned a nice golden brown and a toothpick inserted in the middle comes out dry.

Move the muffin tins to a wire rack and let them cool for about 5 minutes. 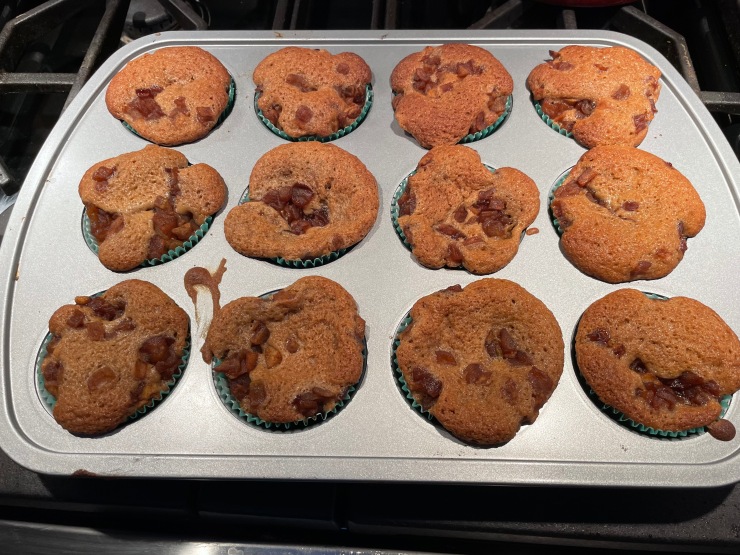 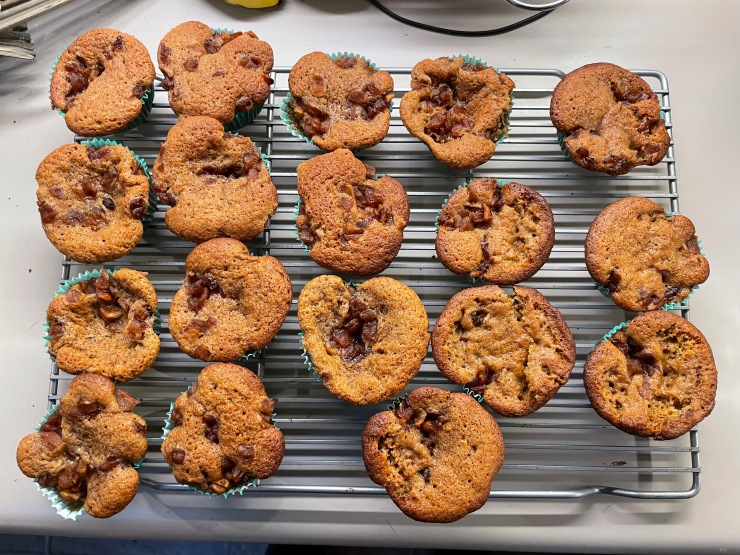 While they’re getting cool enough to handle, mix the remaining ½ cup sugar and 1 t cinnamon into a small bowl.  Then in a separate small bowl melt the remaining 6 T butter.

Brush the top of each muffin with the butter and then dip the tops into the cinnamon sugar mixture.  Move the muffins back to the wire rack and either eat them warm or let them cool completely.  Either way, they’re going to be awesome! 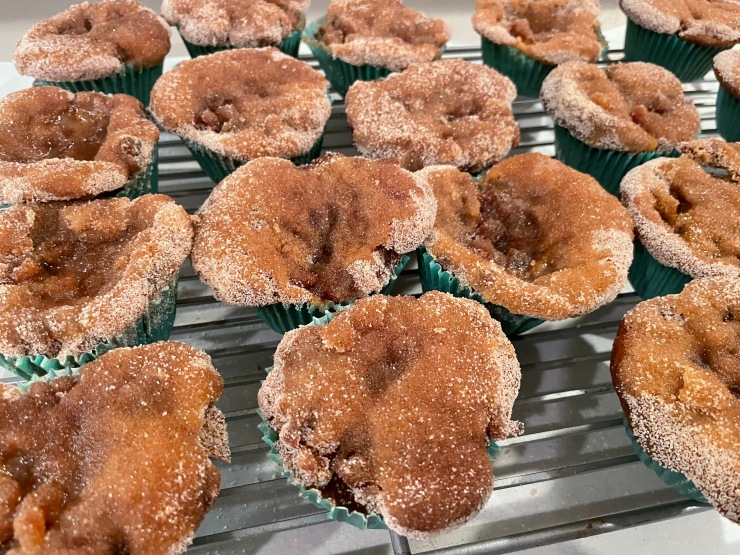 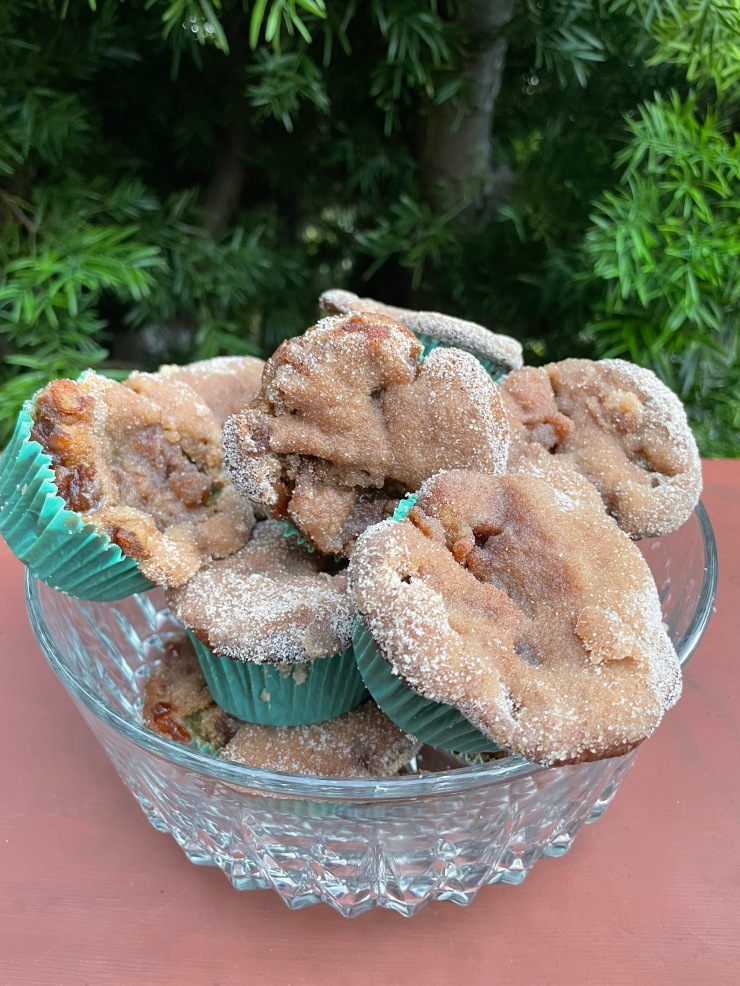